By the decision of the Ministry of Science and Higher Education (MNiSW) of 12 February 2015, the IRSA Foundation received a subsidy of PLN 195,600 to co-finance the publication of the ARTIBUS ET HISTORIAE magazine. PLN 70,600 was allocated for 2016. The MNiSW subsidy was fully settled on June 26, 2017. The project was carried out in accordance with the contract, schedule and cost estimate.

In 2016, the IRSA Foundation published two issues of the ARTIBUS ET HISTORIAE journal: 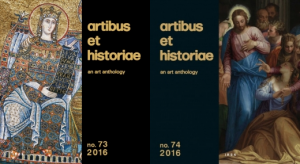 Appointment as council of the National Museum in Krakow

The President of the IRSA Foundation, Dr. Józef Grabski, was appointed by the Minister of Culture and National Heritage, prof. Dr. hab. Piotr Gliński, as a member of the Advisory Committee at the National Museum in Krakow for 2016-2020.

By the decision of the District Court of Kraków-Śródmieście, the IRSA Foundation was granted the status of a Public Benefit Organization. The IRSA Foundation from now on has the possibility of running a business, with the goal to spend earnings entirely on statutory purposes, as well as raising funds for its operations from tax deductions.

“Art in the Time of El Greco” publications 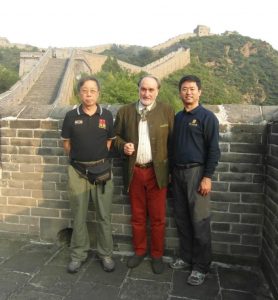 Participation of members of the IRSA Foundation, authors of the IRSA publishing house and supporters of the Foundation in the international conference “Kazimir Malevich. Kyiv Aspect”, organized in Kiev by the Malevich Institute and the Kyiv-Mohyla Business School. During the conference, the IRSA Foundation presented publications of IRSA Publishing House, including ARTIBUS ET HISTORIAE as well as the recent book by A. Nakov “Kandinsky, the Enigma of the First Abstract Painting” (2015). 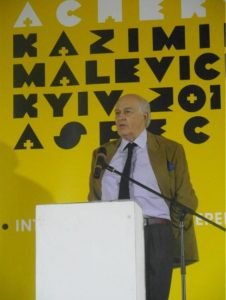 Scythian antiquities project in collaboration with the PLATAR Foundation

Signing of a preliminary agreement in Kiev between the IRSA foundation, by Dr. Józef Grabski and the PLATAR Foundation, by the founder, Sergey Taruta. The agreement concerns assistance in the scientific elaboration of the Scythian antiquities’ collection. The IRSA Foundation has contacts with scientists who can competently deliver a scientific description of these objects. The agreement includes publishing a catalog of the collection. One of the main benefits of this project is to make the entire Scythian collection of the PLATAR Foundation available to the general public.

Meeting with Wierą Winogradowa, director of the National Art Museum, Bohdan and Barbara Chanenko in Kiev, and the curator of the museum, Olena Żiwkowa. Talks about organizing an exhibition of Italian art from the collections of museums of Ukraine in Florence and Rome.

Meeting in Odessa with Igor Poronik, the director of the Odessa Museum of Western and Eastern Art. Talks concerning the organization of an exhibition of Italian art from the collections of museums of Ukraine in Florence and Rome.

Polish Artists on the Great Wall of China

Signing the contract with the president of the Polish Watercolour Society, inż. Ryszard Rogala, the co-organizer of the open air watercolour event at the Great Wall of China in June 2017.

Dr. Józef Grabski in Supervision Board of the National Art Gallery in Lviv, Ukraine

The President of the IRSA Foundation, Dr. Józef Grabski, appointed a member of the Supervisory Board of the National Art Gallery in Lviv. 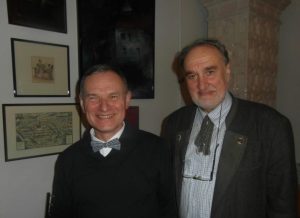 Meeting with the director of the Museum Belvedere, Dr. Agnes Husslein dell’Arco, regarding the future cooperation with the IRSA Foundation.

Rescue mission regarding the theft of Caravaggio’s “Taking of Christ”

Intervention of the IRSA Foundation in the Ministry of Culture of Ukraine and the General Prosecutor’s Office of Ukraine regarding the rescue of the image Caravaggio “The Taking of Christ” from the Odessa Museum of Western and Eastern Art, damaged during the theft of the museum.

The IRSA Foundation watches over the fate of the painting, which is a candidate for the participation in the exhibition of Italian art from museums in Ukraine, co-organized by the IRSA Foundation in Rome and Florence.

Press conference and presentation of El Greco’s painting “Ecstasy of St. Francis “in the Cloth Hall, during which the President of the IRSA Foundation, Dr. Józef Grabski, delivered the lecture “Iconography of St. Francis in the work of El Greco.” This lecture met with wide interest of the audience, which came to the Sukiennice building.

Publishing “The Significance of Shape and Color” by Dr. Józef Grabski

IRSA published the book authored by the President of the IRSA Foundation entitled “The Significance of Shape and Color. Essays on Art, Mostly of the Italian Renaissance. ” 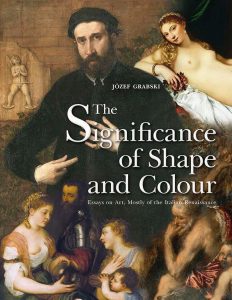 The IRSA Foundation funded the Marian Sokołowski Special Award (PLN 1500) for the best master’s dissertation in 2016 among university students in Krakow. The Award was presented in the Institute of Art History at the Jagiellonian University to Tanita Ciesielska, the author of thesis entitled “Alabaster reliefs of Jan Michałowicz from the collection of the Czartoryski Museum”. 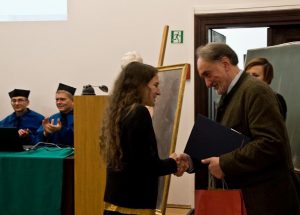 IRSA issued a special edition of ARTIBUS ET HISTORIAE dedicated to our longtime author prof. Paul Joannides and presented it during his ceremony of retirement from Cambridge University. 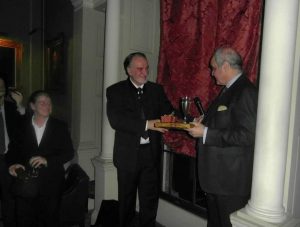