Prof. Dr. Żygulski announces donation of his private library to the IRSA Institute

The President of the Board of the Foundation for the Support of Culture “IRSA” met with prof. Dr. Zdzisław Żygulski. The art historian who is an important and prominent figure for Polish culture confirmed his will to donate his private library to the IRSA Institute and that part of the collection would go to the IRSA Foundation for Cultural Support.

Publication subsidy from the Ministry of Science and Higher Education

With the decision of the Ministry of Science and Higher Education, the IRSA Foundation received a subsidy of PLN 195,600 to co-finance the publication of the ARTIBUS ET HISTORIAE magazine in 2015-2016.

IRSA delegation at the Annual Meeting of the Renaissance Society of America, Berlin

A delegation of IRSA participated in the 61st annual meeting of the Renaissance Society of America held this year in Berlin. The IRSA Foundation held its stand and presented publications of the IRSA Institute. Members of the delegation held meetings with published authors of ARTIBUS ET HISTORIAE and made contacts with potential future authors. Articles of eminent art historians have been acquired: Colin Eisler, Paul Joannides, Marylin Aronberg Lavin. Thanks to the sponsor (Maria Grabski) the delegation consisted of Weronika Drohobycka, Agnieszka Smołucha-Sładkowska, Dr. Józef Grabski, Maria Grabski. 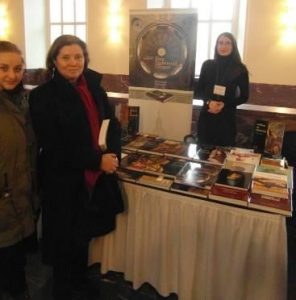 Founders of the IRSA Foundation Maria Grabski and Joanna Grabski, and Agnieszka Smołucha-Sładkowska

Representation of IRSA at the conference „Reconsidering the Origins of Portraiture” 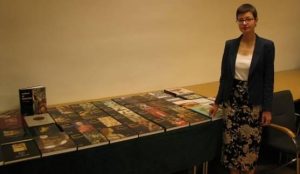 It is in deep sorrow that we receive the message of the decease of Prof. Zdzisław Żygulski, who was an author of several articles published in ARTIBUS ET HISTORIAE. According to his Will, his private library will be handed over to the President of the IRSA Foundation. The Foundation undertakes an inventory and electronic cataloging work of the book collection. By the decision of the IRSA Foundation Board, a substantial part of books will be donated to libraries in Polish schools and cultural institutions in Ukraine and Belarus.

Funeral of the benefactor of the IRSA Institute and IRSA Foundation, Prof. Dr. Zdzisław Żygulski. 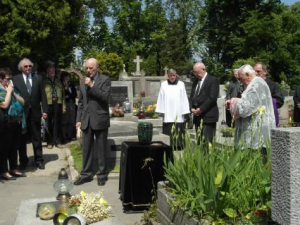 Meeting with the Pidhirtsi Castle Foundation

A preliminary meeting of the Foundation’s members with the President of the Pidhirtsi Castle Foundation, Wiktor Kusznirenko. The goal was to discuss how to promote the issue of rescuing cultural monuments in Ukraine, especially those of Polish origin.

The Foundation donated ten books of the IRSA publishing house as a gift for the library of the Institute of Art History at the John Paul II University in Krakow.

Meeting with the Princes Czartoryski Foundation

A meeting of the Princes Czartoryski Foundation and the IRSA Foundation took place at the IRSA headquarters. The possibilities of cooperation between both institutions were discussed.

The presidents of both foundations, Dr. hab. Marcin Wolski and Dr. Józef Grabski

Visit from representatives of the architectural consortium LCE International

A preliminary meeting at the IRSA office with representatives of the architectural consortium LCE International A.K. Khan and Mark Keville took place. They are responsible for the construction of a 480 m tall skyscraper-memorial to commemorate the founding of the United Arab Emirates by Sheikh Zaydab ibn Sultan Al Nahajjan. The tower, a multifunctional center, is supposed to be ready in 2021 for the 50th anniversary of the founding of the state. The function of the IRSA Foundation is to consult in constructing a cultural center that is also to be established there. Plans include organizing a museum and temporary exhibition spaces.

Delegation of the Belvedere Museum from Vienna

At the invitation of IRSA, a Museum Belvedere delegation in Vienna was staying in Krakow to prepare an exhibition of Polish art in Vienna. In meeting participated, among others, the coordinator of the exhibition Elisabeth Sturm, Dr. Józef Grabski, director of the Museum Belvedere Dr. Agnes Husslein, and the curator of the Polish Painting Gallery of the National Museum in Krakow Urszula Kozakowska Zaucha. On behalf of the IRSA Foundation, Dr. Józef Grabski joined the preparation of this exhibition. 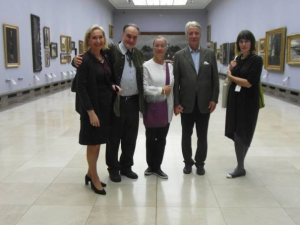 The IRSA Foundation takes part in the dissemination of collections of Cracow museums, notably in the series of presentations of specific objects from the Czartoryski Museum collection. Dr. Józef Grabski gave a lecture about the work of Lorenzo Lotto. 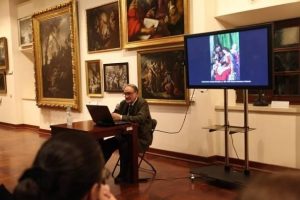 Lecture by Dr. Grabski dedicated to the work of Lorenzo Lotto

Publication of The “Madonna Della Rovere”: Raphael in the Workshop of Pietro Perugino, Rome 2015 by Dr. Grabski

At the invitation of the Vatican Museums, the president of the Foundation was reviewing the collection of the Papal family della Rovere. The result of the visit is the publication: Józef Grabski, The “Madonna Della Rovere”: Raphael in the Workshop of Pietro Perugino, Rome 2015. 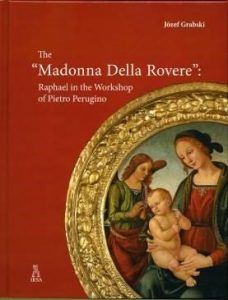 Popularization of Polish history among non-Poles

As part of the Foundation’s goals to disseminate Polish history and culture in the world, the IRSA Foundation launched a project to publish a history book for young people: “Polish Kings and Royal families”, a richly illustrated story for youth. The book is to be translated into German and French.

Thanks to the efforts of the IRSA Foundation, an agreement with the Teresa Sahakian Foundation in Warsaw was signed. It concerns co-financing projects in the field of dissemination of knowledge about art and culture, and to partially cover the costs of publishing ARTIBUS ET HISTORIAE.