IRSA at the CIHA 2013 conference in Japan

IRSA’s representation participated in the CIHA (Comité International d’Histoire de l’Art) 2013 conference in Naruto, Shikoku, Japan. The theme was “Between East and West: Reproduction in Art”. The CIHA Committee and the University of Tokyo have entrusted the IRSA Institute with the joint publication of conference papers.

Members of the IRSA Foundation took part in the symposium at the National Museum in Warsaw. The event was dedicated to two versions of Gianfrancesco Penni’s painting The Holy Family: one from Boston and the other one from Warsaw, which met at a specially dedicated exhibition in Warsaw.

The symposium was inaugurated by a lecture by Prof. Paul Joannides of the University of Cambridge, author of numerous articles published in IRSA’s ARTIBUS ET HISTORIAE. One of the highlights of the symposium was the confrontation two different attribution opinions – one by Paul Joannides and one by Józef Grabski.

Symposium at the National Museum in Warsaw

IRSA at the Annual Congress of Art History, CAA in New York, USA 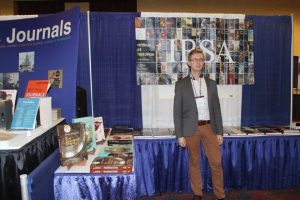 IRSA at the CAA Congress

Meeting with representatives of the Lviv Polytechnic

Representatives of the Lviv Polytechnic visited Cracow to organize a symposium on residential architecture in the Eastern Borderlands in the 17th and 18th centuries together with the IRSA Foundation.

Opening of the Castle of the Grand Dukes of Lithuania in Vilnius, Ukraine

At the invitation of Director Vydas Dolinskas, representatives of the IRSA Institute and Foundation participated in the opening of the Castle of the Grand Dukes of Lithuania in Vilnius. That event took place on the occasion of taking over the Lithuanian presidency of the European Union.

The IRSA Institute and Foundation and the Lviv Polytechnics jointly organized a symposium dedicated entitled “Renewal of residential architecture complexes of the 17th and 18th centuries – Brody, Zolochiv, Olesko, Pidhirtsi”.

The panel on the first day was chaired by Józef Grabski. He held a lecture devoted to the destruction of the castle in Pidhirtsi after Ukraine gained independence: “Deliberate or Casual Devastation of the Architectural Complex and Palace in Pidhirtsi during the Past Twenty Years”. 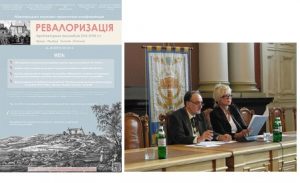 Józef Grabski’s lecture about the destruction of the Pidhirtsi Castle 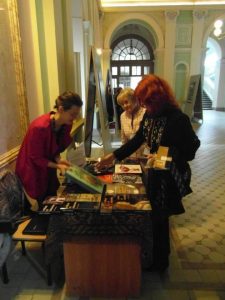 Visit of IRSA’s president in Qatar

IRSA’s president Józef Grabski visited Doha, Qatar, at the invitation of its Ministry of Culture, Art, and Heritage. The goal was to discuss a proposal for consulting the creation of Qatari art collections.