Polish young scientists at the CAA congress in Los Angeles 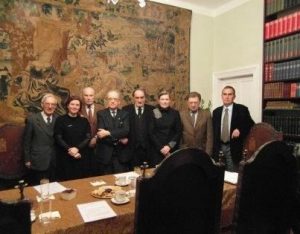 A minute of silence to honor the former president of the IRSA Foundation Council, prof. Dr. hab. Andrzej Szczeklik

The new Foundation Council was constituted as follows:

English edition of the monograph of the Sigismund Chapel by Prof. Dr. Hab. Stanisław Mossakowski

The IRSA Foundation co-financed the English edition of the first complete monograph of the Sigismund Chapel entitled “King Sigismund Chapel at Cracow Cathedral 1515 – 1538”. It is the fruit of 30 years of research carried out by Prof. Dr. Hab. Stanisław Mossakowski, who received the Foundation Award for Polish Science. The English edition was published thanks to the cooperation with the State Art Collections at Wawel. 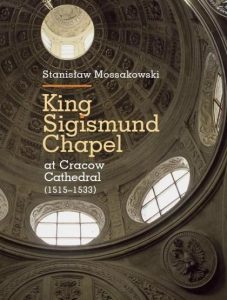 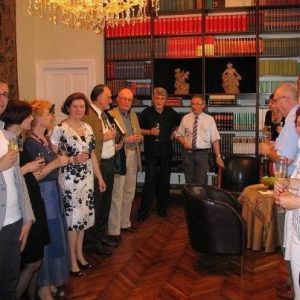 Polish scientists sent by the IRSA Foundation to the CIHA 2012 Conference in Nuremberg, Germany

The IRSA Foundation sent its representatives to Nuremberg for the CIHA 2012 conference of the Comité International d’Histoire de l’Art (the International Committee of Art History), a major congress being held every four years.

The IRSA participants of the congress were: Dr. Magdalena Kunińska, Agnieszka Smołucha-Sładkowska, Dr. Jakub Adamski and the President of the Foundation, Dr. Józef Grabski. The IRSA team presented at the conference a stand promoting Polish history of art. Most importantly, they organized the world premiere of the English version of the monograph of prof. Dr. Stanisław Mossakowski “King Sigismund Chapel at Cracow Cathedral 1515 – 1538” 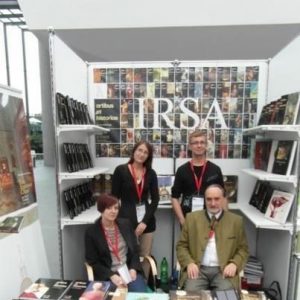 Members of the Foundation’s Board and Council took part in the opening ceremony of the exhibition of the 18th-century Lviv artist Johann Georg Pinsel at the Louvre.

The artistic activity of Pinsel was the subject of a scientific article published in ARTIBUS ET HISTORIAE No. 41, XXI, (pp. 197-216) by prof. Dr. Jan Ostrowski entitled “A Great Baroque Master on the Outskirts of Latin Europe. Johann Georg Pinsel and the High Altar of the Church at Hodowica”. 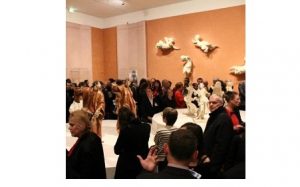 Exhibition by Johann Georg Pinsel at the Louvre in Paris

During the vernissage in Paris, representatives of the IRSA Foundation met with the Board of the Ukrainian Pidhirtsi Castle Foundation to discuss cooperation.