In 2017 the IRSA Foundation published two issues of the ARTIBUS ET HISTORIAE journal: 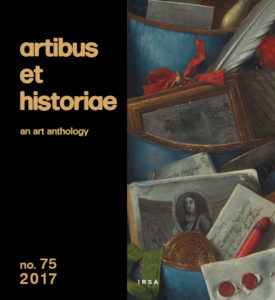 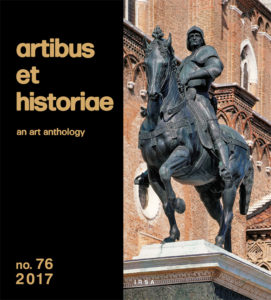 A book collection of the late of Prof.  Zdzisław Żygulski jr., that was acquired by the IRSA Foundation, will be made available by to interested researchers. This collection includes many rare and valuable items, in particular in the field related to weapons. The Library  holdings were organized and cataloged. A separate room in the same building where the IRSA Foundation is located was  acquired for the collection and the Library reading room.

Participation of the IRSA Foundation in the 106th annual College Art Association conference in New York. The publications of the IRSA Publishing House were  exhibited at a separate stand during a book fair that accompanied the conference. The magazine ARTIBUS ET HISTORIAE and books on contemporary art, the Polish Renaissance and a collection of essays by Dr Józef Grabski were particularly popular.  IRSA was represented by the editors: Agnieszka Smołucha-Sładkowska and Weronika Drohobycka-Grzesiak. 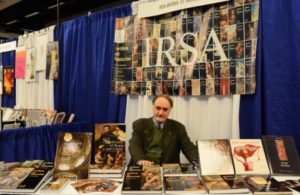 Meeting in the Getty Research Institute in Los Angeles

The Chair of the IRSA Foundation Dr Józef Grabski and the Founder Maria Grabski participated in a meeting with the director of the Getty Research Institute Prof. Thomas W. Gaehtgens in Los Angeles. As a result of this meeting, Dr Józef Grabski was appointed a consultant in the recruitment process for candidates from Poland, applying for scholarships and grants from The Getty Research Institute.

The founder of the IRSA Foundation Maria Grabski together with the Chair of the Foundation Dr Józef Grabski met in the office of the Taube Philanthropies with its founder and President Thaddeus N. Taube in Belmont (California). The purpose of the meeting was to establish cooperation between the two foundations for the implementation of publishing projects in the field of culture and art, such as the English translation of Rachel Wischnitzer’s unique book on symbolism in Jewish art, published in Berlin in 1935. The print-run of this fundamental work was destroyed almost entirely by the Nazis. An English edition will be prepared by the IRSA Institute based on one of a few surviving  copies.

Following  a cooperation agreement between the Great Wall of China Organization and the IRSA Foundation, plein-air painting sessions for Polish artists in China are being prepared. The IRSA Foundation invited the Polish Watercolor Society (S.A.P.) to cooperate in organizing Polish-Chinese plein-air sessions. During a working meeting of the S.A.P. representatives, which took place at the IRSA headquarters in Krakow, the presidents of both organizations – Ryszard Rogala (S.A.P.) and Dr Józef Grabski (IRSA) made preliminary arrangements for future locations in China. 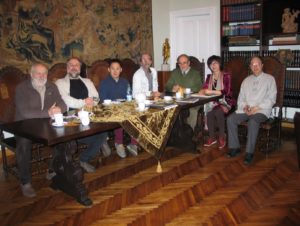 Meeting of the representatives of the Polish Watercolor Society (S.A.P) headed by its president Ryszard Rogala and members of the Great Wall of China Organization with its general director Han Guo Wei at the seat of IRSA.

The IRSA Foundation donated 154 books on the history of Polish and world art to the Library of the Institute of Art History of the John Paul II Pontifical University.

The IRSA Foundation has donated a large collection of books related to the topic of the former Polish south-eastern borderlands to the Muzeum Lwowa i Kresów Południowo-Wschodnich (Museum of Lviv and the Former South-Eastern Borderlands) in Kuklówka Radziejowicka. In this way, a cooperation was established between IRSA and this cultural institution.

Publication of a book by Achille Bonito Oliva

A Polish translation of the book L’Ideologia del tradittore written by the Italian art historian and art critic Achille Bonito Oliva was published by IRSA as Ideologia zdrajcy. Sztuka, maniera, manieryzm. The book was translated by Mateusz Salwa. 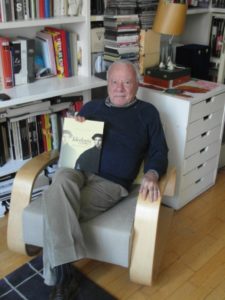 Representatives of the IRSA Foundation were present at the opening of the international exhibition John III Sobieski. Polish King in Vienna at the Winterpalais, Belvedere Museum in Vienna.

During a meeting of the Supervisory Board of the Lviv National Gallery of Art in Lviv Dr. Józef Grabski discussed the possibilities of cooperation between the IRSA Foundation and the Gallery  in the organization of exhibitions as well as joint publications. 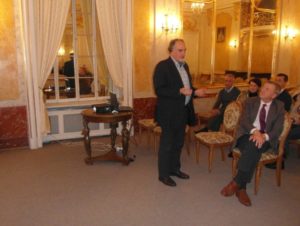 Exhibition about the Lubomirski Museum in Lviv

Józef Grabski was present at the opening of the exhibition ‘The Lubomirski Museum. (Un)forgotten history’ in the Lviv National Gallery of Art.

Prof. Thomas Gaehtgens, director of the Getty Research Center, visited the offices of the IRSA Foundation in Plac Matejki 7. He was accompanied by Elizabeth Mansfield and Joan Weinstein. The visit concerned scholarship opportunities for young art historians from Poland, as well as financial support for the ARTIBUS ET HISTORIAE magazine.

Conference in memory of Vittorio Cini 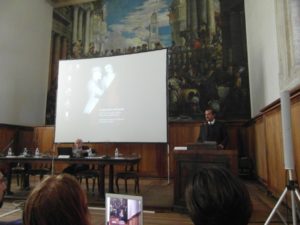 Meeting with the Chair of Fondazione Benetton Studi Ricerche

The IRSA Foundation funded a Special Award (in the amount of 1 500 PLN) as a part of the Marian Sokołowski Prize, for the author of the best MA thesis in art history written at Cracow universities in the 2016/2017 academic year. In 2017 the IRSA award went to Mirosław Płonka, MA, for his thesis entitled, ‘Finis theatri sacri? Influence of the Councils of Trent and Vatican II liturgical reforms on para-theatrical elements of cultural heritage of the Roman Church’, written under supervision of Prof. Piotr Krasny.